Ever since the Great Recession of 2008, traditional lenders such as banks and other financial institutions have heightened their risk perception for small and mid-sized businesses. It is almost as if these businesses are solely to blame for the crisis, which was mainly due to the faulty lending and recovery practices of the major lenders. As a result, the source of credit for the small and mid-sized businesses dried up to a point that it began to negatively impact the growth of these businesses. That was when direct lending companies stepped in to fill the gap although they have been around for quite some time. These lenders came with the clear objective of solving the borrowers’ problems and work around them.

Most small and mid-sized businesses have funding requirements that are proportionate to their size. It’s not that a business with revenues of $1 million would seek $10 million of business funding. The companies providing such direct modes of credit are as professional as any other financial institution and they will reject such applications.

The quantum of funding that the small and mid-sized businesses seek is small enough to be covered by unsecured funds. The direct lenders do not ask for collateral on fixed assets to secure the debt. They assess the risk of lending to a borrower on a different set of parameters.

Another major hurdle that small and mid-sized businesses face when seeking business capital loans from major lenders is approvals based on past credit history. Most of these borrowers don’t have a picture-perfect credit history and hence their applications get rejected.

However, when they apply to direct lenders for small US business funding, on most occasions their credit history is not taken into account while approving the loans. That is because these lenders mainly consider the viability and profitability of the borrower’s business and whether it is good enough to repay the loan with interest on time.

Small and mid-sized businesses generally grow quite steadily but some of them are eager to grow faster than others. Many of these companies go on to become huge corporations and there is no shortage of examples in this regard. Unfortunately, the traditional lenders in their obsession to be risk-averse refuse to see even this history of growth in which they had played a significant part.

Going by the business climate and the risk perceptions about small and mid-sized businesses among traditional lenders, they won’t get any funding from such sources. However, they will get direct funding for their growth and expansion-related capital expenditure. Depending on the quantum of the loan, it may or may not be unsecured.

Small and mid-sized businesses account for over 44% of all economic activity and 40% of the GDP of the United States worth over $6 trillion. Denying credit to them on the pretext of higher risk perception and overlooking a market of this size is not a wise idea and there would always be other players to fill the gap. Small and mid-sized businesses now are increasingly getting their funding from direct funding companies and before long it would become their primary source of credit.  Business funding 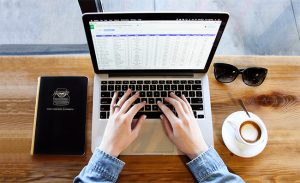 Swimming Pool Tiles: How to Choose the Right Ones for Your Pool

The most widely used forex trading platform is metatrader 4